Still Thriving at 80 – behind the scenes of our new film

In early 2020 we were excited to be working with media co-op to create a film about life in Camphill in Scotland in 2020.

The year 2020 marks the Camphill movement’s 80th birthday, and our film was meant to celebrate this impressive milestone and to highlight the timeless qualities which have sustained Camphill in Scotland through 80 years of living together, working together and growing together.

We were going to launch the film on Camphill’s official birthday, 1st June, and showcase it later in the year at an event at the Scottish Parliament.

We had been working closely with media co-op to create a new film which would reflect life in Camphill in Scotland 80 years on.  It was due to be shot on location at 4 Camphill communities in the Spring / Summer of 2020.

These plans had to change when coronavirus came along in March 2020.  There would be no visiting communities to work with them on the film, and no film makers allowed onsite to shoot footage.

With communities keeping people as safe as possible from contracting coronavirus, we soon realised that if we wanted to make a film about Camphill’s 80th birthday, which is officially celebrated on 1st June, we would have to make one ourselves.

Our ever resilient and creative members set to work, under the direction of media co-op.  Members worked behind and in front of the camera, and media co-op edited their material into a film, which trustees say is

media co-op, who were commissioned to make the film, said:

It is a real testament to just how resilient, creative and passionate about Camphill all the residents, pupils and co-workers are that they were able to undergo remote training, follow written guides and shooting scripts and produce such amazing footage capturing life at the communities both celebrating the important anniversary year and adapting to the new coronavirus restrictions – and all while coping with a lot of challenges and new ways of working due to the pandemic!

We hope the film will be widely used and will inspire people across Scotland with the amazing work of Camphill.

Moving onwards with dignity and respect

Camphill has weathered many storms in its 80 year history.  A key strength is the movement’s ability to hold tight to that which makes it special, through human connections where everyone is treated with dignity and respect, and to adapt to changing circumstances.

Times are tough.  Members are challenged.  But the movement remains strong and resilient.

If you enjoy this film, please join our mailing list and help us to promote and protect community, disability rights, ecological sustainability, inclusion and an international outlook for the next 80 years.

The film was shot on location by residents at Camphill Blair Drummond, Newton Dee, Camphill School Aberdeen and Ochil Tower School at various points during the summer of 2020.  As the situation with coronavirus and measures required to stay safe fluctuate, the film may not represent current practice in communities. 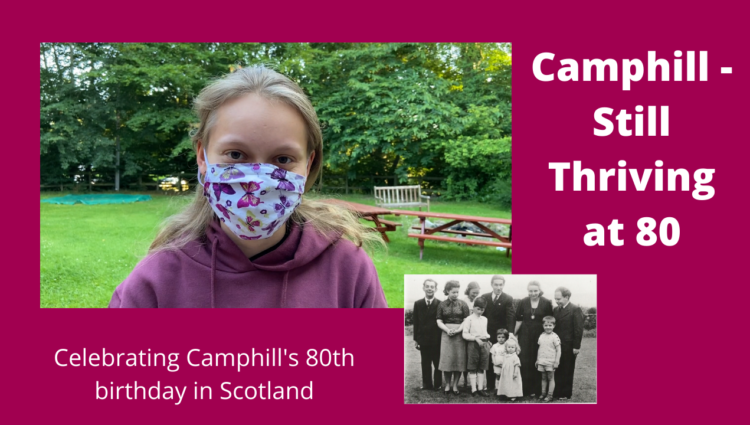