The Bill, which was developed with support from Camphill Scotland and our members, and from Inclusion Scotland, would require the Scottish Government to introduce a National Transitions Strategy, and to appoint a Minister to lead on transitions. The legislation would also require local authorities to introduce transitions plans for every disabled child and young person within the local authority area.

It is clear that the current system is not working and that young disabled people are being failed. The bill seeks to concentrate minds in Government and, at local level, to ensure that, in transition, young people get the support that they need. It creates responsibility at Government level to give as much attention to transitions for disabled young people, so that they can achieve their potential, as is given to those for young people without disabilities.

In late 2019, the Scottish youth unemployment figure was 9 per cent, but only 37 per cent of disabled young people aged 16 to 24 were in work. Six months after leaving school, disabled young people were twice as likely as their non-disabled peers not to be in employment, education or training. Nine months after they left school, that was three times more likely. We also know that young people with additional support needs are six times more likely to leave school without qualifications. Do we imagine that that will improve in the face of the horrific consequences of the pandemic? Without proper planning and preparation for, and support with, transition, too many disabled young people will live with the long-term consequences of being denied the right to achieve their potential.

I am sure that the committee recognises that that is unjust and unacceptable. It is also unwise, denying us the contribution that those young people could make to our economy and communities. It is a false economy, as poor transition planning leads to lifelong consequences. This is a matter of equality and justice. More of the same—having a plan or merely looking at good practice—will leave young people and their families abandoned. The bill provides rights and identifies responsibilities. It ensures that those are not some kind of bonus, but a real commitment.

The impact of inequality of opportunity was also commented upon by Bill Scott, Senior Policy Adviser, Inclusion Scotland:

There is a need for transitional support at a crucial time in a young person’s life. The problem is that, if we do not intervene at that point and effect change to achieve positive outcomes, a young person who remains unemployed and workless for several years after they leave school is unlikely ever to work. That means that, 50 years later, they will retire with nothing to show from their life—none of what they wanted to achieve.

Robert McGeachy, Camphill Scotland’s Policy and Engagement Manager, highlighted the overwhelming support for the Bill, including the support received from a focus group of young people at Camphill School Aberdeen, and from the Because We Matter parents’ network.

Robert called on the Convention of Scottish Local Authorities (COSLA) to meet disabled children and young people and their parents to hear first hand about their concerns at issues around the transition to adulthood: 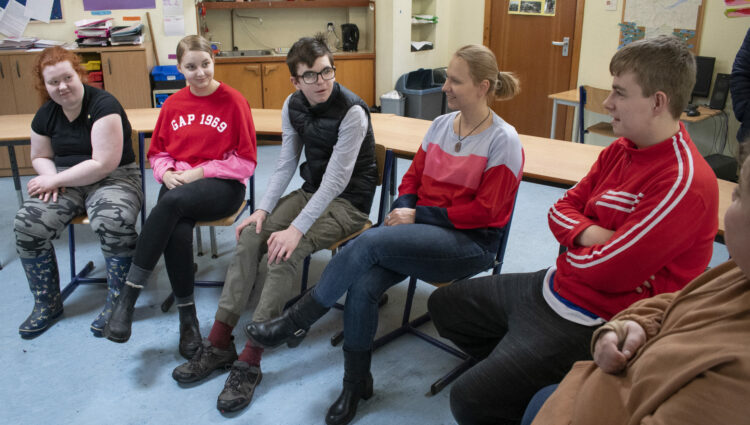