The UK Government’s decision to exclude care workers from the proposed new fast-track Health and Care visa is reckless and will have far reaching impacts on both the health and care sectors across the UK, and on those people who rely on quality, human-centred care.

This is a devastating blow to the care sector and the people who depend upon it most. The points-based immigration system places Camphill communities and care providers across the UK in a vulnerable position. Many questions remain unanswered but one thing is certain, and that’s the detrimental impact this decision will have on care provision.

For Camphill communities and other organisations who have international voluntarism embedded into their working practice, it’s a double-whammy. Cost of care will increase and the connections between our international volunteers and those that they work with will be lost.

Despite statements to the contrary, it is clear that the incredible commitment and work shown by our carers during the coronavirus pandemic has gone unnoticed by those who have made this decision. Clapping for carers each week is deeply insulting if the next act of government is to announce the curtain call.

Camphill Scotland along with 50 partner organisations from across the UK including the ALLIANCE, SCVO, the Association of Camphill Communities, Scottish Care, Disability Wales, the Northern Ireland Council for Voluntary Action and UNISON, have raised serious concerns regarding post-Brexit impacts on the health and social care sector for some time*. Brendan O’Hara MP lodged Amendment NC1 to the Immigration and Social Security Co-ordination (EU Withdrawal) Bill on their behalf, which was debated and subsequently defeated on 30th June by 344 votes to 247 votes.

The amendment called for an independent evaluation to determine the full impact of the ending of freedom of movement and of the introduction of a points based immigration system on the care, support and safeguarding for disabled adults, children and young people, and people with long term conditions or other support needs.

The announcement made by the Home Secretary earlier this week confirms the worst fears of the partnership of 50 organisations, and leaves the care sector confused and concerned as to how they will retain and recruit skilled, committed staff. Carers continue to be undervalued despite the incredible work they do and the positive life changing impacts they can have on the people who they care for and support.

Dedicated and committed social care workers provide invaluable support that enables disabled people and people living with long term conditions to enjoy their right to independent living and participate equally in – and contribute to – Scottish society. By excluding care workers from the proposed new fast-track Health and Care visa, the UK Government demonstrates a lack of understanding of the skilled and vital role played by the social care workforce.

This decision further perpetuates the lack of parity between health and social care, and underlines even more the need for an independent evaluation of the impact of the Immigration and Social Security Co-ordination (EU Withdrawal) Bill on the health and social sectors, as called for by the ALLIANCE, Camphill Scotland and 50 partners.

It is a matter of the deepest regret that the Home Office has failed to take into account the representations made by the care sector in Scotland. The failure to recognise the distinctive social care needs of Scotland both in terms of its ageing population and workforce and the shortage of workers in Scotland in general is a matter of incalculable folly.

To initiate such dramatic restrictions on the ability of social care providers to recruit from outwith the United Kingdom and to fail to identify social care in the Shortage Occupation List beggars belief in the midst of a global pandemic.

The international volunteers that support our Camphill Community and many others across the UK provide a unique and very valuable support network to the vulnerable adults that we support. Over the last few months they have shown their true colours through their dedication and commitment to our Community. Despite pressures to return home they remained in the country and have played a key part in ensuring the good health and wellbeing of everyone at Tigh a’Chomainn Camphill.

Their efficacy speaks for itself – to date we have had no cases of Covid-19, and our care metrics indicate that despite the immense uncertainty people supported by Tigh a’Chomainn Camphill remained well and in good spirits. Good care must include health and social care. We call on the government at Westminster to reverse its decision and include all health and care workers in the health care visa scheme.

Camphill Scotland, ALLIANCE, SCVO, the Association of Camphill Communities, Scottish Care, Disability Wales, the Northern Ireland Council for Voluntary Action, UNISON and our partners totalling 50 organisations across the UK will continue to pursue the issues raised by Amendment NC1 to the Immigration and Social Security Co-ordination (EU Withdrawal) Bill with Peers of all parties and groupings in the House of Lords. 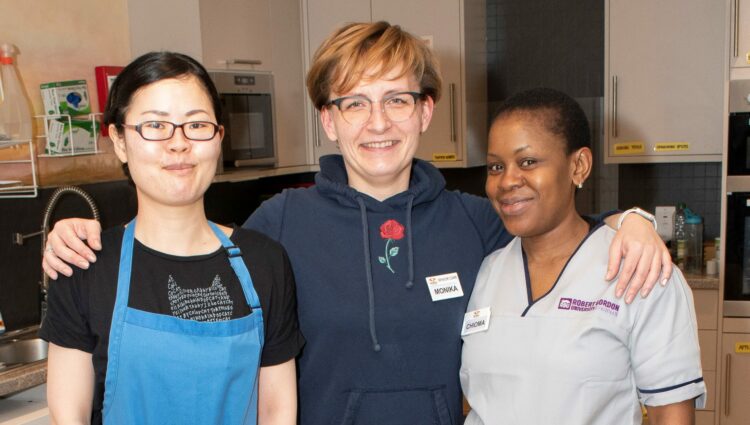