This week marks the 80th Birthday of the Camphill movement.  The first Camphill community was established in 1940 when the North East of Scotland offered sanctuary to a group of mainly Austrian Jewish refugees fleeing from Nazism.

The Founder, Karl Konig, had made it his life’s task to create inclusive communities, where people with learning disabilities and other support needs would be treated equally, and with dignity and respect.

Since its foundation in 1940 Camphill has become a worldwide movement, thriving in very different cultures and societies. This demonstrates the resilience and flexibility of the Camphill community.

It is a tried and tested model that meets the needs of residents, co-workers and wider society.

The first of Camphill community was in Milltimber, Aberdeenshire, where the Camphill Rudolf Steiner Schools were established with the help of local business people and other supporters.

The communities, which deliver care and support for people with learning disabilities and other needs, are recognised internationally for the high quality of care they provide.

The Camphill movement has been a significant force for good over the past 80 years. All around the world, they provide exceptional levels of care, love and support to those with learning disabilities and additional needs.

On a personal level, I have been privileged to see firsthand the important and transformative work they have undertaken in Perthshire. Camphill is truly an organisation unlike any other, and I extend my warmest congratulations on reaching this milestone birthday.

A series of events and activities have been organised to celebrate Camphill’s 80th Birthday, culminating in an event and exhibition at the Scottish Parliament in October 2020 to be hosted by John Swinney MSP, the Deputy First Minister and Cabinet Secretary for Education and Skills.

Local events and activities will also take place within the Camphill communities.

It’s important to celebrate the Camphill movement’s 80th birthday at a time when the values of the movement are more important than ever.  Something which began on a small scale in Scotland in the wake of a global catastrophe has become a worldwide force for good.

Its internationalism, its valuing of every person’s uniqueness and its emphasis of the cohesive, nurturing role of community is something we can all learn from. I hope Camphill goes from strength to strength in the coming years.

In Camphill communities across Scotland, people with learning/intellectual disabilities have independence, choice and control, and are living their best lives.

Camphill Scotland and the people who are part of it is a valued partner of SCLD and we are delighted to offer our congratulations for achieving this important milestone. We look forward to working with them for many years to come. 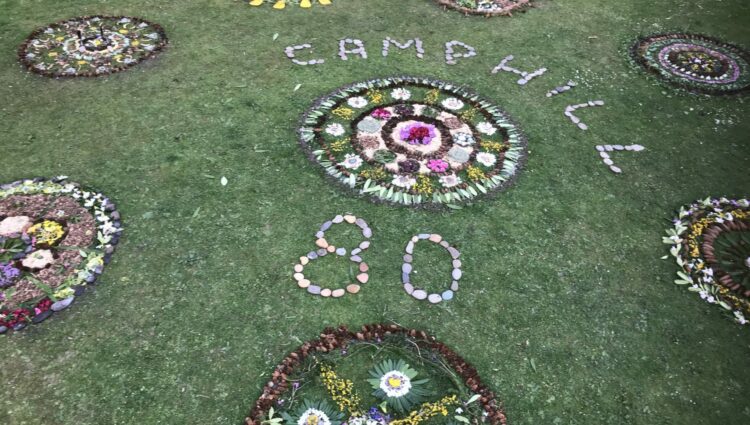