Camphill, Brexit and the Scottish Parliament

Camphill staff and co-workers provided an input on the potential impact of Brexit upon Camphill in Scotland, and upon the lives of co-workers from other EU countries at the recent meeting of the Scottish Parliament’s Cross Party Group on Brexit. The meeting was attended by Neil Henery (Director) and Robert McGeachy (Policy and Engagement Manager) of Camphill Scotland, Ulrike Mall and Jonas Helbrandt (co-workers) from Newton Dee, and Ioannis Cholevas (co-worker) from Tiphereth.

The Cross Party Group on Brexit acts as a watchdog over the Brexit process to ensure Scotland’s needs and priorities are being met, to provide a forum for debate and discussion on all aspects of Brexit and its aftermath and to make contact with other European countries and institutions to examine the best ways forward for Scotland and the UK, post Brexit.

The meeting on 23 May 2018 was chaired by Tavish Scott MSP, and was attended by co-convenors Alex Neil MSP and Oliver Mundell MSP, and by individuals and organisations with an interest in Brexit.

Staff from Camphill Scotland explained the history of the Camphill movement from its creation in Scotland by refugees fleeing from the Nazis, its contribution to our society and on the potential impact of Brexit on Camphill communities. We spoke about the work of the recently formed coalition which we have jointly led with the Alliance of Health and Social Care Scotland, totaling 66 organisations across the UK in support of an Amendment to the Brexit legislation; this would have required the UK Government to make arrangements for an independent evaluation of the impact of Brexit upon the health and social care sectors across the UK.

The 3 Camphill co-workers focused on the experience of co-workers at Newton Dee and Tiphereth, and on the impact of Brexit upon the lives of co-workers, and its implications for the Camphill movement across Europe.

Ulrike, who has lived in Scotland since 2006, and who has a British child, said

I have enjoyed being an EU citizen all my life, moving from Germany to England and then to the Netherlands and France and finally arriving in Scotland in 2006.  My partner is from the Netherlands and my child is British. It’s been quite a shock to wake up one morning and find that the ease and possibilities between Europeans and where and with whom they make a home may no longer be available for future generations. 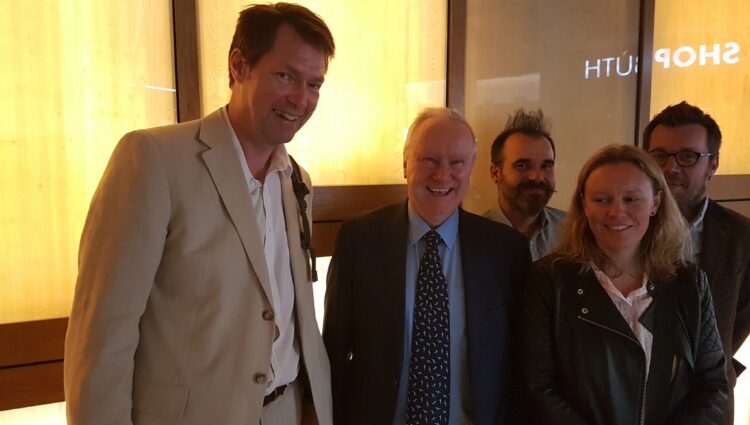