Breakfast with the First Minister

Our Director, Neil Henery, was asked to take part in a panel discussion with the First Minister at the SCVO conference for the Third Sector at the SEC Glasgow on Wednesday 19th February. The discussion took place in front of an audience of around two hundred people. Neil was one of three panel members drawn from the SCVO membership of over two thousand organisations.

The First Minister began with a speech in which she expressed her admiration and gratitude for the work of the Third Sector and encouraged us to get involved in national policy discussion and challenge government. Each of the panelists then responded. They were asked to focus on one of the themes identified by the SCVO Policy Forum – namely, The Planet, Humanity and Citizenship. Neil’s theme was citizenship.  He highlighted two aspects of citizenship of particular importance to Camphill: European citizenship and citizenship and disability.  The text of his speech is given below:

One definition of a citizen is ‘a person who owes allegiance to a government and is entitled to protection from it’.

Camphill was established by a group of Austrian Jews, forced to leave Austria after it was annexed by Germany in 1938. Far from receiving protection, the founders of Camphill were systematically persecuted by their government and effectively become non-citizens.

Anke Weihs, one of the founders of Camphill, later wrote that ‘Britain at that time was the humane one of the European countries… and individual British citizens extended invitations to and stood as guarantors for hundreds of Austrians and Germans whom they had never met to ensure their safe progress to Britain’

It was that spirit of solidarity that led to the group setting up the first Camphill community in Aberdeen in 1940. Eighty years later there are Camphill communities in 26 countries across the world.

Camphill remains very European. 40% of the current Camphill workforce comes from other EU countries. We see that as a great positive asset for Camphill and for Scotland.

There is no doubt that Brexit poses a threat to this. A German volunteer organisation told us that 70% less young Germans applied to come to the UK in January 2019 compared with January 2018. This was based on their perception that they would be less welcome here than before.

In Camphill we have found that, whatever a politician’s opinion on Brexit, they are all in favour of maintaining the best of relationships with Europe.

This is obviously to be welcomed. There was some irony, however, when a pro-Brexit politician was very helpful to us recently in having a young Columbian volunteer released from detention at Heathrow so he could join one of our communities.

This makes the point, of course, that while positive sentiment is very welcome the real test is in the structures and systems we now create after Brexit.

The system that kept the Columbian volunteer in detention at Heathrow, also refused a visa to a young Korean volunteer because she did not know the postcode of the Camphill community she wanted to join.

This is the sort of system that will be extended from 2021 to include ‘our European friends’.

So, we welcome the Scottish Government’s emphasis on the positive value of immigration and the value it places on European citizenship.

The other aspect of citizenship I want to highlight is, of course, how this concept is viewed through the lens of disability.

I have in mind here the work many of us have been doing to support young disabled people in their transition to adulthood. Often, sadly, they find themselves at the bureaucratic boundary of education and adult services. This can sometimes can be navigated relatively smoothly but too often it can contributes to serious dislocation in their lives.

Will the First Minister support the Transitions Bill?

That’s why we have been arguing in support of the new Transitions Bill proposed by Johann Lamont MSP. This would give every young disabled person the right to a personal transitions plan and create a new National Transitions Strategy led by a Scottish Minister. This idea has been welcomed by many across the sector, particularly by young people and their parents and carers. We would very much welcome the support of the First Minister for it. 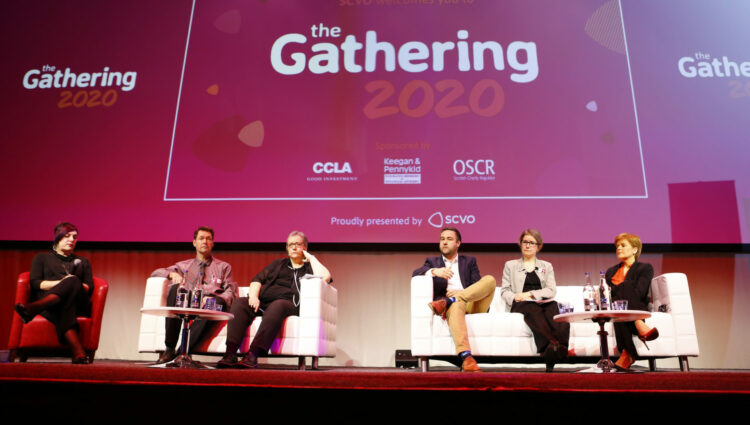